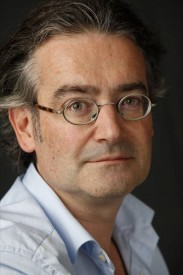 Today it was announced that Bas van Bavel has won the Spinoza Prize. The NWO Spinoza Prize of 2.5 million euros is the highest award in Dutch science. In addition to Bas van Bavel, 5 other scientists received this prize. The researchers receive the prize for their excellent, pioneering and inspiring work. According to the selection committee for the Spinoza Prize, Van Bavel has a broad interest and a powerful research agenda, in which he always manages to find surprising, original angles of approach. He is internationally highly regarded, writes in leading international journals and has won a large number of prizes.

Is there a 'magic formula' for successful cooperation in society?

Francesca Giardini: Why crisis communication is so difficult

Articles by SCOOP PhDs in 2020

Naomi Ellemers on Psychology Today: Why Trump Voters Might Have Confidence in Joe Biden

Vacancy for PhD position in Utrecht

Naomi Ellemers and Martin van Hees in Psychology Today: How to benefit from the public health crisis?

Naomi Ellemers in Trouw over samenwerken in de wetenschap

Investments in a Sustainable Workforce in Europe, edited by Tanja van der Lippe and Zoltán Lippényi