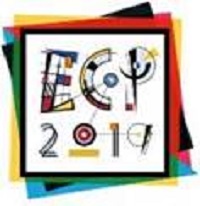 The Executive Council of EFPA (European Federation of Psychologists Associations) elected Naomi Ellemers to be the winner of the Aristotle Prize 2019.

The EFPA is the main European platform for psychology practitioners. SCOOP is particularly proud that this community of practice considers prof. Ellemers' outstanding scientific contributions as a relevant and inspiring source for their work, since this recognition underscores the timeliness and feasibility of SCOOP's transdisciplinary mission.

The Aristotle Prize was given to EFPA by the President of the 4th European Congress of Psychology in 1995 Athens, Greece, to be awarded to a psychologist or group of psychologists from Europe who has/have made a distinguished contribution to psychology.

On behalf of the Aristotle Prize Selection Committee, the chair Prof. Telmo Baptista stated the following:

"Professor Ellemers is a worthy winner of the award which honors a very successful and influential career in the area of Social Psychology, being a major exponent of Social Identity Theory, a theoretical approach linked to European Social Psychology.

With more than 300 articles and chapters, Professor Ellemers has also been recognized for her contributions with renowned awards and a strong advocate for the recognition of Psychology beyond the academy, as a contribution to solve societal problems.Therefore, the Selection Committee decided to elect Naomi Ellemers as the recipient of the Aristotle Prize 2019."

The award will be handed over to Naomi Ellemers during the Opening Ceremony of the European Congress of Psychology in Moscow on Tuesday, July 2, 2019. Naomi Ellemers will deliver the key note speech at this congress.

Is there a 'magic formula' for successful cooperation in society?

Francesca Giardini: Why crisis communication is so difficult

Articles by SCOOP PhDs in 2020

Naomi Ellemers on Psychology Today: Why Trump Voters Might Have Confidence in Joe Biden

Vacancy for PhD position in Utrecht

Naomi Ellemers and Martin van Hees in Psychology Today: How to benefit from the public health crisis?

Naomi Ellemers in Trouw over samenwerken in de wetenschap